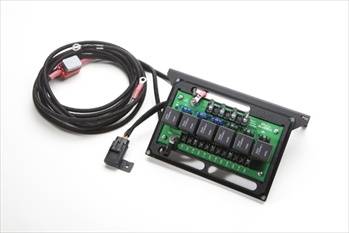 Integrated LVCO (Low-Voltage-Cut-Off) circuit that detects the battery voltage and will cut-off at 10.6VDC and cuts-back in at 12.4VDC so there is enough juice to start your vehicle in case you left an accessory on!
Fuse for LVCO which can be removed to bypass the LVCO